(Pengalaman indah gadis Filipina berlebaran di Jogja)-Five days of not going out from my kost has been a heaven for an introvert like me. I did what I loved doing – writing, mostly. But the decision to go out and join the Ramadhan festivities made my inner extrovert jump with both excitement and fear.

Being a foreign student in a country whose culture has a distinct difference from home – majority of it can be seen through the lens of religion – can be a constant battle between staying from your new comfort zone (your kost) or just take the plunge, yet again, out there.

Luckily, for me, I have one of the best classmates in the world. Ibu Yulia, whom I can almost consider my mother because of her age and kindred nature, was thoughtful enough to invite me for their one-week Eidl Fitr celebration.

I have already spent a couple of nights in their house before but this time is different, the entire kin would be there to celebrate. Well, go and enjoy, I thought to myself. I tagged Queenie along too; you’d have known her from my previous post.

The Indonesian culture of celebrating Eidl Fitr is pretty much like the Filipino way of spending Christmas. You see, a couple of days before Hari Raya, the family prepares the house, dusting off and wiping out almost everything until they become sparkling clean. The best of all silverwares comes out from the ancestor’s baul.

Take note that in their calendar, 6 days are colored red – from 2 days before the Hari Raya, for the 2 days of Hari Raya, and 2 days post-Hari Raya. 6 days of non-working holiday. In the Philippines, though only December 25 is red, the days before that are spent for the office parties and socials and you understand employees when their work ethics aren’t as hyped as pre-December.

Sometimes, the executive declares December 26 as a holiday too and if you get lucky, you may take the leave off until January 1. That’s pretty much the same – a week-long partying. I joined Takbir where people from the different groups and organizations all gather together on the eve of Eidl Fitr and marches along the roads of the whole regency while shouting “Allahu Akbar”

Which means “God is the greatest”. In my case, I became part of the Al Barokah group where Ibu Yulia hails. The parade, with each organization having its own float, took 2 and half hours to finish. For all those wanting to reach their 10,000 steps a day, the Takbir wouldn’t fail you. Takbir felt like December 24 for me, too, for there were fireworks everywhere, in anticipation of the Hari Raya itself.

And, yes, the food. How can I forget the food? On June 25, the first day of Hari Raya, it was a cycle from cooking-eating-talking. Ibu Yulia and her sisters-in-law cooked from the main dishes, Sambal Goreng, Opor Ayam, Cingklong, Ayam Goreng to the dessert, Kolak. These would all be paired with Lontong, much like the Filipino Suman but more bland, and Ketupat, like the Filipino Puso.

And, note that the Indonesians are fond of Kerupuk of all kinds. Four months in Indonesia and I have tried various kinds already but that was the first time when I saw everything prepared and served in one table. Maybe there were eight to ten of them! My apologies if I could not mention the specific name for each one but I know my personal favorite is Peyek, the one with nuts in it.

From the first day of Syawal (Eidl Fitr) up to a week, you would expect visitors in your home, paying respect to the eldest of the kin and reuniting with relatives, asking for forgiveness and wishing the best, hence the greeting, “mohon maaf lahir dan batin” which means “forgive me body and soul”. The air would be like Christmas with all the smiles and laughter around.

On the second day, June 26, I woke up to the sight of Mie Rebus and Daging Sapi. Ah, yes, Indonesians eat Bakso on the second day. I asked everybody in the house as to why, but they could only answer an acquiescent “itu saja” (“just because”). I would then understand because why do we prepare Binignit during the Holy Week and Suman, Palitaw and Biko on All Saints’ Day? Just because, right?

Oh, the nuances of tradition. On the eve of the same day, it was a festive grilling of the Ikan Bakar from the regency of Manado. The teens would be assisting their moms and aunts in the kitchen while disturbing their dads and uncles in the grill. Such joyful sight.

For June 26 and June 28, it is acceptable to be idle, what with everything that happened for the last 2 days! So, we would then just eat, surf the net, talk, sleep for the rest of the day. Oh, yes, I remember conducting a workout session with the girls.

We have to burn the already bulging pooches, too! A couple of sweets from this side of the house, a sneak of Kerupuk from there, a bottle of flavored drink from the other side, and you’re all bound to reap at the seams. Such festivity. My memory tank is overjoyed.

I would consider myself both lucky and blessed to have been able to experience Eidl Fitr with an Indonesian family. It just feels so legitimate and pure. Deep and sincere. With loads of understanding in between.

Never for one second have I felt that I was a foreigner, despite my awkward Bahasa Indonesia accent. Ibu Yulia and her entire kin were warm and welcoming; I even received an Angpao Lebaran

Though seeing a big family gather together on such a special occasion makes me miss home, the feeling of knowing that somehow, in some way, I am treated like one comforts me just the same.

I could only wish all foreign students get to experience the real culture of their host country in any way. I wish they find solace at times of isolation. I wish they feel comfort when the pangs of nostalgia bite them real painfully. Because I have been there and boy is it excruciating.

But I am one lucky, blessed Filipina in this foreign land. My big kisses and hugs to my one, big, Indonesian family. This Filipina is eternally grateful. (Sadhono Ha di; dari grup WA-VN; Lebih lengkap di,
https://thentotheabyss.blogspot.co.id/2017/06/home-for-eidl-fitr.html?m=1)-FR 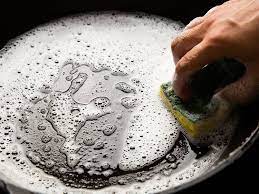 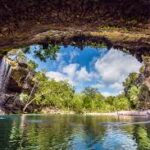